The ups, the downs: THE PROCESS

the ups, the downs: the process

Alex here. I got my first tattoo last summer. It says “the process”. This little video tells you what it’s about but let me just say that it’s pretty damn appropriate for me right now. When life hits a rough patch “the process” is there to tell me to dig in and push through. I’m simultaneously annoyed by it and thankful for it. If you’ve been following Work Nicer, you know that 2018 has been a big year of community growth and physical construction. This has come with some costs that are coming to head for me right now.

Work Nicer Beaver House in Edmonton was supposed to open during Summer and is now slated for November, which is now the (also delayed) opening target for Work Nicer Red Mile in Calgary, which is about $250,000 over budget for construction. For clarity: We’re going to end up opening two outposts at the same time, during an Alberta Winter, while working to find an unexpected $250K while also losing out on half a year of revenue, all while our team is over-bandwidth.

To say this is stressful is an understatement.

And then Sam from Southbase Creative sends us this video he filmed back in May. I wasn’t expecting it to come through and when it popped up in my email it came as just the reminder that the tattoo was meant to be.

It’s a reminder for me to buck up, look on the bright side, and remember that working through this is going to be a serious accomplishment. That happiness comes from solving problems. That I asked for this. Let’s be honest, these are all just symptoms of a bunch of good things happening:

Work Nicer has grown to 350+ hard-working, clever, unparalleled members, we finally (after the better part of a year) have real opening targets at both new outposts, the private offices at Red Mile are 70-80% committed already, and I’ve got a team who supports me — that cares deeply about what we’re building — the #1 coworking community in Alberta.

This is part of the game, the journey. It’s life. You can’t have the good times without the bad. And when it comes down to it, how bad are things? It’s not bad — really, it’s just hard. It won’t be hard forever. But right now it is. And that’s okay. 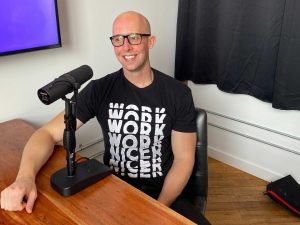 Talk of the Town: Introducing the Podcast Level Up Fund 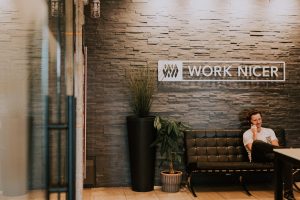 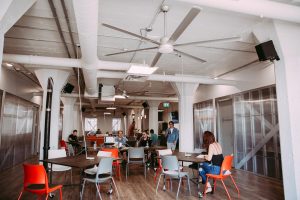 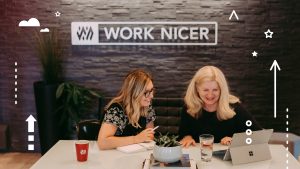 Book A Tour
Do not show this again. Erase Coookies
Menu